The only unique contribution that we will make in this world will be born of creativity. (Brené Brown)

Making moments to do something creative is the most restorative thing to the soul. Painting, playing music, building, gardening, drawing, dancing, writing, creating something from an idea whether anyone else sees it or not produces such joy and peace in life.

We were born to create. We were born to make and produce and do something to turn something intangible from our heart and soul into something tangible. Doing something creative is terrifying. It’s scary because it makes us feel vulnerable and the idea we had is suddenly out in the world for all to see, and perhaps criticize.

For the longest time, I genuinely believed there were two camps of people: creative and noncreative. I was in the latter group, a noncreative who loved art, music, literature, and all things beautiful. Over the past few years a slow paradigm shift occurred leaving me with the belief that every person has creative potential and expressing it produces peace and rest in our souls.

In This Is Where You Belong, Melody Warnick interviewed Nancy Barton, an artist from Plattsville New York. Barton makes this startling statement, “to categorize people as creative or noncreative is flawed from the beginning, whether it’s repairing a tractor or making it part of a sculpture. It’s the same thing.”

Creative work is so much bigger than the arts. And that shift in thinking is so freeing.

Today, make space for some creative expression. It will be a breath of fresh air that will energize your soul in a new way. Put some music on and lean into the fear that so often stifles our creative expression; you won’t regret it.

Having an imaginative, creative kid forces me to do art and think artistically in ways I never thought I would. Instead of shying away from it due to lack of ability, I decided to dive in fully without the pressure of perfection or talent or validation.

Here’s an hour’s worth of painting. Both kids painted their own visually beautiful creations. And I, being a novice painter, dipped my paintbrush into my coffee once instead of water. Every amateur makes her mistakes. The fear of failure was real for the first 5 minutes, but I just went for it and just painted for fun with colors I love. 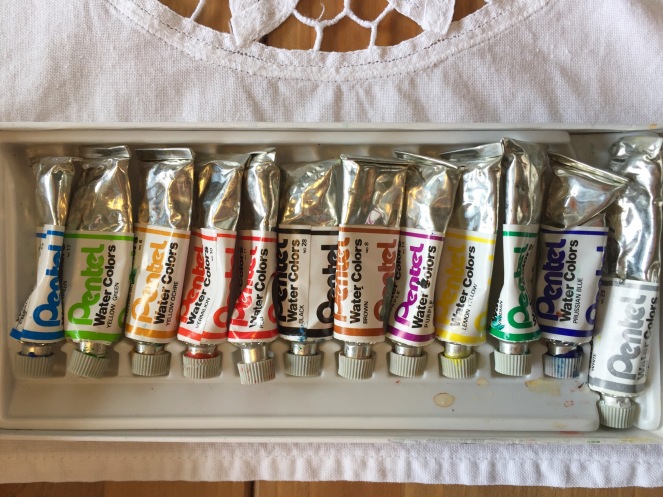 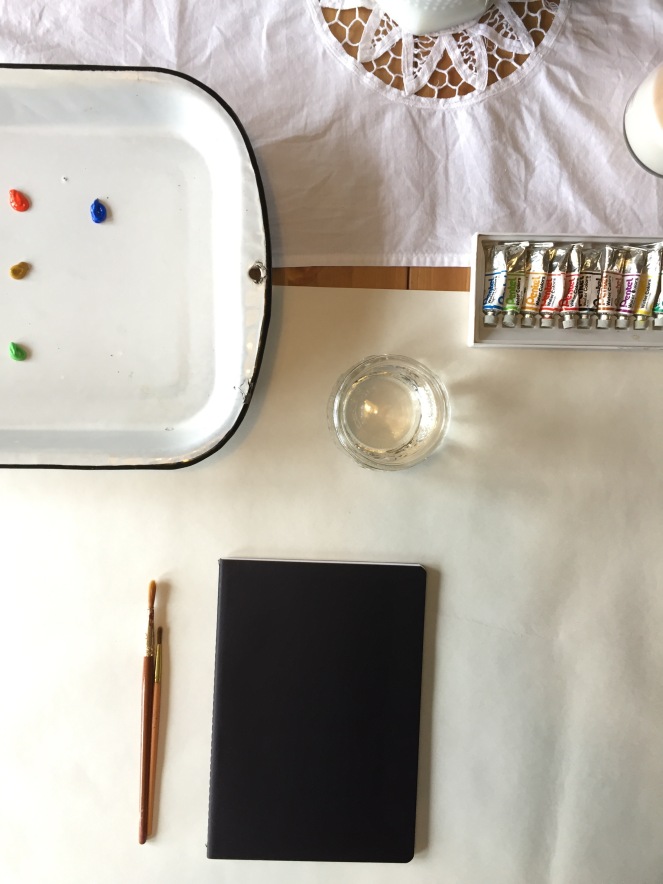 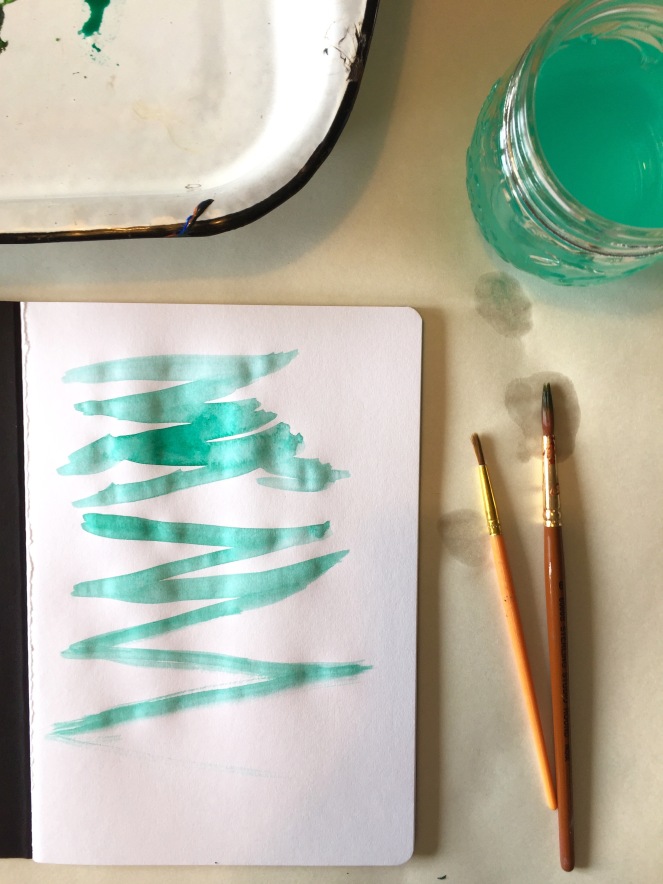 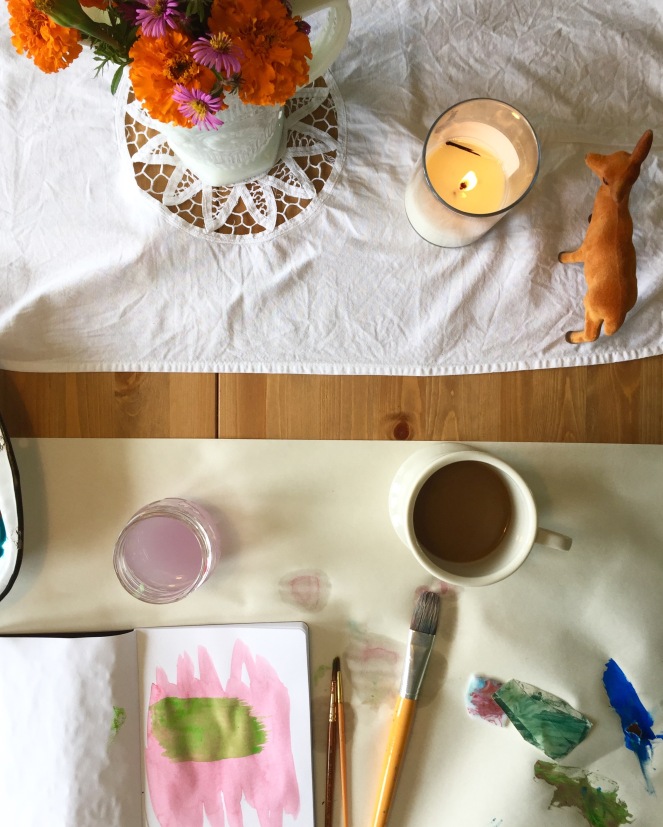 I think the pan holding the paints was the prettiest thing produced at the end of the hour.

Taking an hour to do something creative with music on in the background was the best use of an hour all week. I didn’t produce a masterpiece. I did drank a sip of coffee with a few drips of watercolor paint in it. Doing this created space for my soul to breathe and it was worth every moment despite all the busyness of doing it with two kids.

Creative work is not a selfish act or a bid for attention on the part of the actor. It’s a gift to the world and every being in it. Don’t cheat us of your contribution. Give what you’ve got. (Steven Pressfield)

View all posts by aprildbest

My name is April. I’m married to my high school sweetheart, I have three kids, a soft spot for books, a heart for Jesus, and a passion to find peace in the hustle and bustle. Join me in the pursuit of still small moments from the practical to the spiritual.

A Year of Spring Printable